Menu
Contact us
inapp /Mobile App Development/Flutter vs React Native: Which One is Better?

Flutter vs React Native: Which One is Better?

Companies want to develop apps quickly and affordably. But sometimes, it’s unclear which cross-platform development framework meets their web app development requirements from the many available in the market.

Their acceptance among developers is expected to grow further.  This article summarizes React Native vs. Flutter to learn which is better for mobile app development in 2021. If you want to know more about these and other cross-platform app development frameworks, check out this InApp blog: Top 5 Cross-Platform Mobile App Development Frameworks in 2021

Flutter is open source and completely free. Some of the advantages of Flutter for mobile app development include the following.

One of Flutter’s biggest advantages is it allows developers to make changes in their codebase, and you don’t need to restart the application to reflect the updates. Hot reload is very helpfully when developers collaborate.

One code for two or more mobile platforms

On Flutter, developers can create apps that work for both iOS and Android platforms with one codebase. With its widgets and designs, you can quickly have the same app on two platforms.

As you use the same codebase, the testing and debugging or the quality assurance processes are faster for Flutter. You’ll need to write about 50% fewer automated tests.

When building a showcase or MVP (Minimum Viable Product) for your potential investors, you can experiment with mobile app development on Flutter without spending money on licensing fees.

Flutter apps are bigger in size than native ones.

The community of experienced Flutter developers is not yet as wide and established as React Native. Also, the Dart programming language for Flutter is not as widely used as Javascript for React Native.

Flutter is still new. While Google provides impressive support, you may need to build customized functionalities.

If Google withdraws its support from Flutter, it may create problems for developers. However, we can’t imagine a situation where Google walks away from this open-source platform.

One code for two or more applications

You can use a single codebase for two applications covering both iOS and Android platforms. This is similar to Flutter.

Use of popular language JavaScript

React Native offers more choices for solutions, depending on the project’s requirements and the developer’s preferences.

An active and vast community

It has a vast community of developers. You have the options of big libraries and UI frameworks.

Easier to learn for React developers

With a background in web development, you can easily learn React Native.

Its UI experience and performance are close to native applications, but not the same. If we compare React Native and Flutter, the former feels closer to native.

Though React Native has many libraries, many of them are of low quality, and some have been abandoned.

Though React Native presents choices to developers, they need to decide which navigation package to use. It can sometimes take a lot of time.

As React Native uses native components, you can be confident that the upgrade for your app components will follow every OS UI update. This can sometimes, though rarely, lead to a break in the UI.

There’s room for both Flutter and React Native depending on the app and mobile team. React Native is already established, has a wider community of users, and is used for big apps. But this trend is changing with Flutter’s growing community and library support. More organizations are beginning to use Flutter.

InApp has experience in developing on both platforms. If you’re looking for help in choosing the right one for your requirements, contact us.

Flutter is a cross-platform UI framework. It was developed by Google and first released in May 2017.

What is React Native?

React Native is a cross-platform framework. It was developed by Facebook and written in JavaScript.

What language does Flutter work on?

Flutter uses Dart, which was introduced in 2011 by Google.

What companies use Flutter?

What companies use React Native?

Is Flutter better than React Native?

In the most loved frameworks list, Flutter is ranked 75.4% and React Native 62.5%. However, React Native is more popular, and more developers are working on it. Flutter is gaining popularity over time. 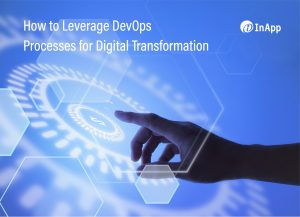 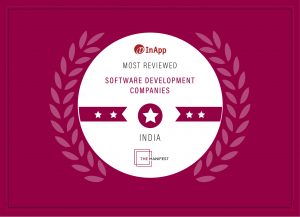 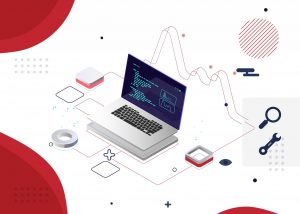