Unity 3D has come a long way since its launch in 2005. With its updated version Unity 5, which came with support for dozens of new platforms, major graphic improvements, HD video support, and VR, Unity 3D began cornering the video game development market.

As of 2022, Unity 3D has a market share of 48%, which is 3.5 times more than their direct competitor Unreal Engine. Today, games made with Unity account for 71% of the top thousand titles on the market.

But what makes it unique? Why are most video game developers relying on Unity 3D for game development?

Unity 3D offers game developers greater flexibility when compared to the other game engines in the market. It comes out of the box with support for a wide range of features including 3D graphics rendering, animation, physics simulation, and particle systems — making life easier for video game developers and designers. Apart from these, Unity 3D also offers an integrated development environment (IDE), which includes a real-time editor with built-in debugging tools, as well as an animation system to help developers create their 2D or 3D animations using drag-and-drop functionality.

Before we delve into why video game developers prefer Unity 3D, let’s look at what Unity 3D is and its significance.

What Is Unity 3D & What Is Its Significance?

Unity 3D is a robust cross-platform video game engine developed by Unity Technologies and renowned for its unrivaled cross-platform capabilities. Though Unity has 3D in its name, its application is not limited to developing 3D games. Instead, Unity comes with native support for AR / VR and 2D video game development tools that developers can use to make games in the 3D, 2D, virtual reality, and augmented reality genres, and for creating simulations and other experiences as well.

Apart from these, Unity 3D also comes with native support for features like physics simulation, collision detection, and 3D graphics rendering that can make life easier for video game developers and help them save time spent on developing a video game.

Another prominent feature in Unity 3D is the Asset Store, which is a library of plug-and-play functionalities/animations, uploaded by game developers or designers for fellow members of the video game development fraternity. For instance, say you want to add an immersive burnout effect to the racing game you are building. Instead of building it from scratch, you can search for it on the Asset Store and use it.

Now that we have discussed in brief what Unity 3D is and its core features, let’s see why video game designers mostly rely on Unity 3D for video game development.

Unity 3D is an open-source platform, and it offers a free version for beginners provided the developed game earns less than $100,000 annually. This free version of Unity 3D is designed exclusively for independent video game developers who have an idea for a new game and are keen on pursuing the idea. For developers who need advanced game development features, Unity 3D offers paid plans named Plus, Pro, Enterprise, and Unity Team.

One of the prominent reasons Unity 3D was able to corner the gaming market is because of its comprehensive nature. Unity 3D is a comprehensive package that lets developers develop and deploy a game on the same platform, helping cut down the overhead costs incurred.

Though Unity 3D comes loaded with dozens of intelligent features, it is far superior when it comes to ease of use compared with other game engines. The game engine is designed to be intuitive so that even an entry-level game developer can leverage the complete functionalities of the platform to build engaging games.

Unity 3D supports cross-platform and multiplatform game development, saving developers from the hassle of coding individually for every platform. This means that developers will only have to write a single script irrespective of the number of platforms the game will be launched on. When compared to the other cross-platform game engines like Unreal Engine, Libed, or Godot Engine, Unity 3D is easy to learn, development-friendly, and faster.

The Unity 3D Asset Store is more like a marketplace for gaming assets that developers can download, like they download applications from the Play Store or iOS Store. Developers from Unity Technologies and other game developers upload these assets. While most assets are available to developers for free, some advanced assets are not.

In short, the Unity Asset Store will have everything that a developer would need for their game or to build a prototype. These assets include everything from high-quality 3D models to meshes and skeleton low-poly game objects for rapid prototyping.

Unity 3D relies on the spectrally correct and GPU-accelerated render engine OctaneRender® to create an immersive gaming experience. For example, the popular multiplayer mobile game Call of Duty is built on Unity 3D, and it still ranks top among multiplayer action games due to its magnificent mobile shooter visuals.

Debugging is the most tiring part of any development project including game development. When compared to other game engines like the Unreal Engine, debugging is easier in Unity 3D as all the variables are displayed in the gameplay during the testing phase. This means that even the lesser experienced developers can quickly finish debugging.

The 3 Major Limitations of Unity 3D

While Unity 3D comes loaded with intelligent features that make it the favorite of video game developers, it does come with limitations too.

The lack of external code libraries on Unity 3D is something experienced game developers have been pointing out for a long time. Owing to this, developers must copy any external library they intend to use for a project. Whereas other game engines permit copying these external libraries to one folder and linking to it while writing code.

3. Lack of Customization of Instance Templates

The instance template is a powerful feature that is exclusive to Unity 3D. Though developers mostly rely on these templates, editing these templates can be tiresome at times.

Why Should You Choose InApp to Be Your Video Game Development Partner?

Contact our team or drop us a line to get a custom quote for your game development project!

Unity 3D is gaining increased popularity in the video game development industry and as of 2021, it was expected to grow at a CAGR of 30%. Although there is competition in the market, Unity 3D is still the preferred game engine of developers because of its intuitiveness and native support for intelligent features.

How good is Unity for 3D games? 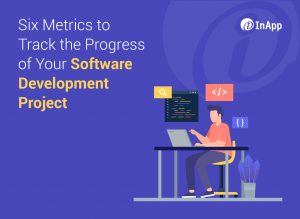 Six Metrics to Track the Progress of Your Software Development Project

Metrics help stakeholders measure and track the progress of the software development process, ensuring the 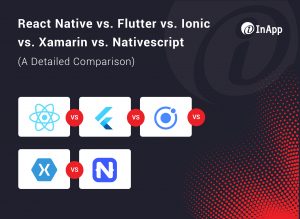 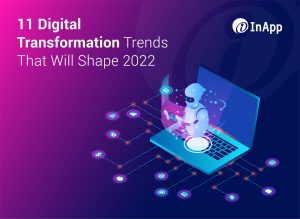 11 Digital Transformation Trends That Will Shape 2022

By harnessing the power of emerging technology, companies can improve business performance with operational improvements

Mobile applications aren’t just a medium to access information on the go anymore. Today, they 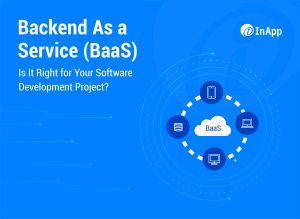 Backend as a Service (BaaS) providers operate behind the scenes, offering regular maintenance and management 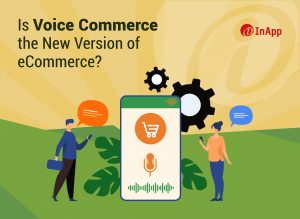 From pressing buttons to touch and finally to voice and digital assistants, the way we