Choosing to migrate to the cloud differs from company to company. Many reasons include scalability, performance, upgrading infrastructure, etc. However, the one constant involving cloud migration remains rigorous performance testing. Even though Cloud promises scalability, the reality is that applications cannot always scale up correctly, even when running on appropriate infrastructures. We have seen enterprises moving to the cloud without proper testing meet with server breakdown issues, including database errors, and website crashes that can be costly in terms of resources and time. Thus we need to understand, that testing plays a key role in cloud migration regardless of the environment.

Performing load tests in a cloud is not the same as testing in a traditional environment. Meticulous testing that tests your servers to the limit will make sure your systems are well equipped to handle peak loads. Issues that come up during migration can be resolved before the cloud environment goes live. Make sure all applications and operations are comprehensively load tested and run flawlessly.

To maintain a stable and secure environment, proper testing protocols including general performance and compatibility testing, stress and load tests, and vulnerability testing should be implemented. Once the migration has been completed, and the new application starts working on the cloud – functionality tests need to be carried out on the data and app.

Load testing and security are the next steps in the process. Load testing deals with testing the app at peak loads. This makes sure the auto-scaling functionality is working as it should and this will help in identifying the maximum connections that can hold before a case of failure. It can also provide valuable information such as the performance metrics of the application and average load time etc.

Server and application-side security should be a part of vulnerability testing: Assess the new cloud environment and make sure there are no server/app liabilities and all data is completely protected. This may also include basic security and malware scanning. 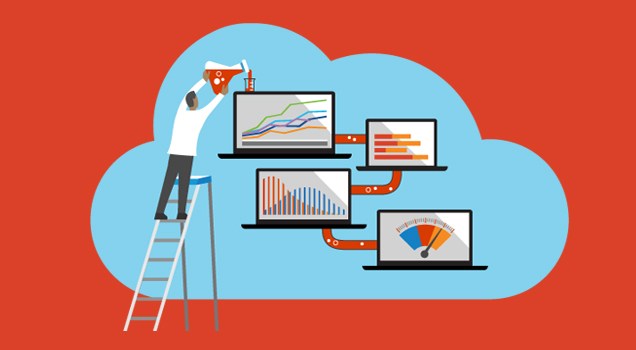 When you’ve finalized that testing must be part of the migration process, it’s important to familiarize yourselves with the industry best practices that may help you with critical insights and awareness about your cloud environment.

Right people and resources in place. Once an issue is identified, it has to be dealt with immediately. You need to have experts to handle any programmatic errors, at your beck and call. Be sure to schedule any personnel or resources ahead of time so they can be available when you need them – this helps to avoid unnecessary delays or expenses.

Engage with end-users. Make your end users test the functionality of your app comprehensively. It is advised to avoid outsiders or third parties at this level, and make sure only those most familiar with the systems are involved in the testing process.

Ongoing testing and monitoring. Testing is a process, not an event. Ongoing performance, security, and load testing are most required, mainly for those companies that constantly change their websites or update apps. Implement a plan for regular quarterly testing and analyze test reports, before taking action. To make sure your system is functional, robust, and secure – monthly testing would be pretty good.

Cloud Transformation boasts of reduced costs, scalability, and flexibility making it a positive choice for most enterprises. But scaling is not the end solution – continuous and rigorous testing and monitoring need to be executed to avoid broken apps and website dysfunctions. Adhering to the testing best practices would be the best choice to avoid damaging downtime on your cloud environment.