There are different types of messages that can be sent using a messaging platform.

Some of these are:

Here we can take a deep look into the text messages.

There are basically 3 types of text messages:

Normal English characters come under this category and special characters like semicolons, full stop, etc… are supported. Messages will be of the length of 160 characters and if it goes beyond the 160 character limit it will split into 2 at the 154th character and then get concatenated at the mobile device. These are class 1.

The purpose of this encoding is to support the international characters; the languages like French, Spanish, Arabic, Hindi, Malayalam, etc… are supported. For UTF-8 encoded messages the length will be 60 characters. Concatenation and slicing take place if the character count goes beyond that limit.

These are normal messages of the length of 160 characters in English and 60 characters in other languages like French, Spanish, etc… only difference is that these messages will not get saved to the phone memory. The class is set to 0 for generating flash messages. 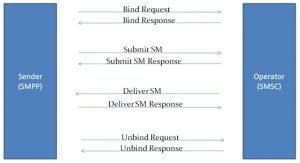 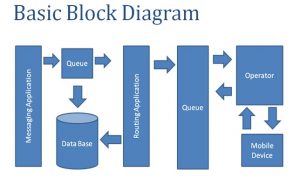 The above diagram explains the general internal architecture of a messaging application and its routing system.

The system consists of:

The messaging application at the end-user side pushes bulk messages into the input queues. From the input queues, the messages will get a parallel push to the database and routing application. The routing application will be responsible for identifying the exact route for each message. Once the route is identified that gets updated in the database. As per the route identified, the message falls into the operator queue. From the operator, queue messages are pushed to operators and when the operator receives a successful message it will push a response to the response queue. After pushing the response the operators will send a message to the mobile device. The mobile devices will respond with the reception of messages to operators and the operator will push this delivery response to the delivery response queue and all the statuses will get updated in the database.